Fear of Crime in Thailand

The need to study fear of crime in Thailand has at times been downplayed by criminal justice practitioners. However, the United Nations, in calling for the collection of data on the fear of crime as an indicator of implementation of Sustainable Development Goal 16, on peace and justice, had noted that such fear is ‘an obstacle to development’.1 Conventional crime prevention efforts may fail to be effective in dispelling fear of crime, because this fear is usually independent of the prevalence of crime or even of personal experience with crime.


In 2018, the Thailand Institute of Justice (TIJ) conducted a survey of 8,445 people, selected to be representative of households in ten provinces across the country.  The respondents were asked whether they felt safe or unsafe when walking alone in the neighbourhood, and when staying alone in their house both in daytime and at night. They were also asked to quantify, on the Likert scale,2 the level of fear of crime in each situation. The questionnaire further asked about the perceived risk of crime, victimization experiences during the preceding year, and whether or not the crime was reported.

On the basis of the 8,179 completed responses, the majority of respondents (78.4%) felt safe or very safe walking in their neighbourhood at night. There were areas where respondents reported a high prevalence of victimization but nonetheless felt quite safe in general, because what they experienced were mostly petty property crimes. On the other hand, there were some other areas with relatively lower levels of victimization where the respondents reported a high level of fear of crime because of deteriorating physical conditions of the neighbourhood, suspicious activities, and the presence of ‘outsiders’ in the community.

It was interesting to note that the majority of respondents experienced walking alone in their neighbourhood during daytime as safer than staying alone at home during daytime. The interviewers documented that the demographic characteristics of community members and the physical condition of the neighbourhood were among the reasons people cited to explain their fear of crime.

Find out more about ‘Fear of Crime in Thailand’

TIJ supports using the ICCS for classifying types of crimes 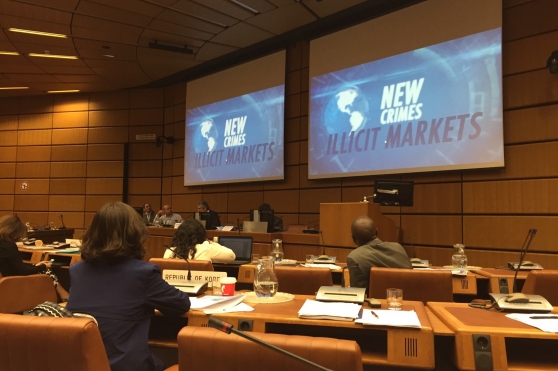