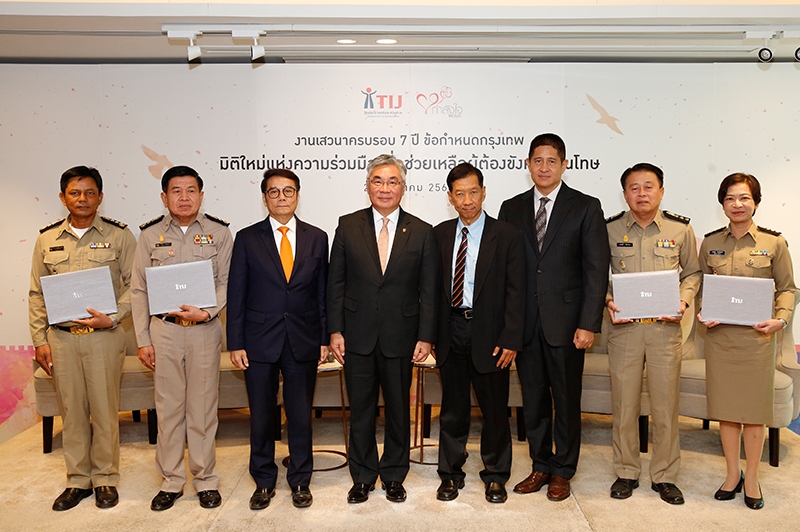 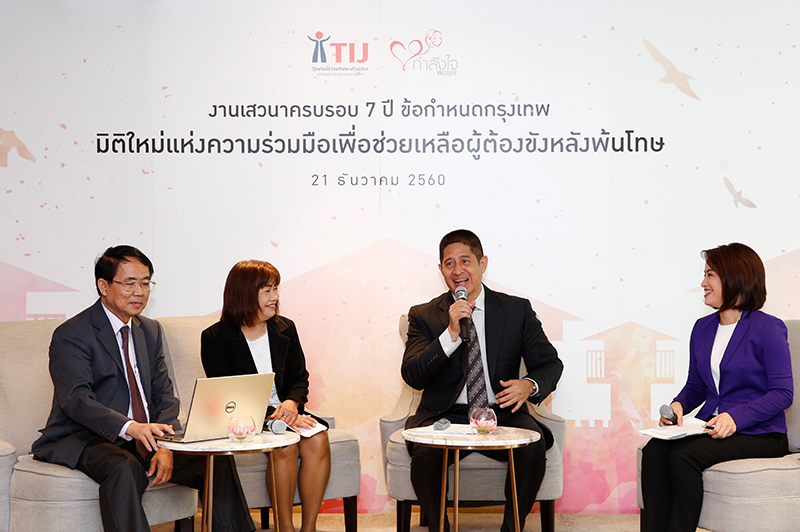 The Thailand Institute of Justice (TIJ), in collaboration with the “Kamlangjai (Inspire) Project,” under the Royal Initiative of HRH Princess Bajrakitiyabha, and the Department of Corrections, have joined together to help inmates begin new lives through a systematic rehabilitation program that includes behavior, knowledge, capabilities, and skills. To advance this initiative, the collaboration is now opening up opportunities for other stakeholders to join in the integration process believing this will help to reduce recidivism rates while building a better and safer society, leading to sustainable solutions.

To commemorate the seventh anniversary of the Bangkok Rules, which are the United Nations Rules for the Treatment of Women Prisoners and Non-custodial Measures for Women Offenders, the TIJ and the Kamlangjai (Inspire) Project, under the Royal Initiative of HRH Princess Bajrakitiyabha, hosted a panel discussion on “Beyond the Prison Walls: Multi-stakeholder Perspectives on Prisoner Rehabilitation and Reintegration” to share perspectives on how stakeholders such as private organizations, NGOs, and governments can increase their cooperation and take further collaborative steps. Related parties provided in-depth insights and discussed how to best increase social awareness of stakeholders’ roles and how to drive collective efforts to offer opportunities for inmates to begin a new life. 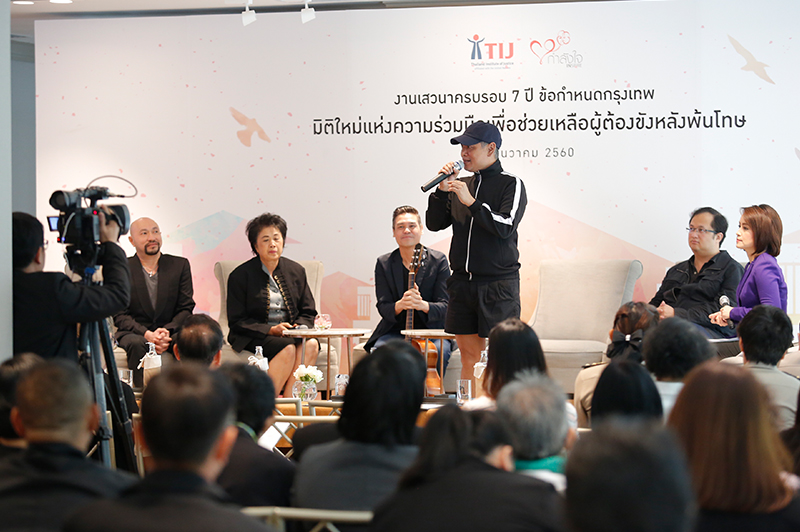 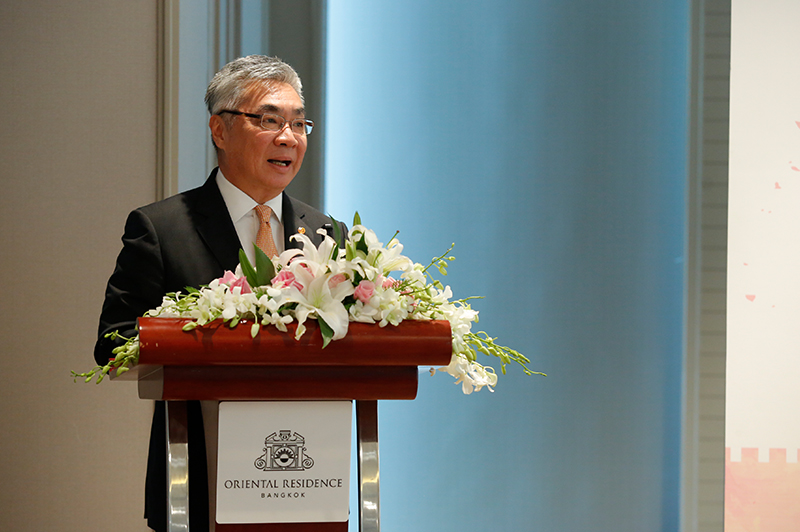 Most women prisoners are incarcerated for either taking drugs or selling drugs as low-level dealers. Meanwhile, they are mothers, and daughters who often have to look after their parents. Making a mistake and entering the prison system has a direct effect on their dependents. Therefore, it is important that they can successfully reintegrate into society once they are released and do not repeat the same mistakes.

According to Department of Justice data on repeat offenses released in November 2017, results from 2014 showed that 14% of offenders repeated an offense within one year of their release, while 27% committed an offense within three years of their release. Economic and social factors as well as a lack of social acceptance are major causes. Additional research revealed that employment opportunities are a key factor in making social reintegration more effective and reducing the risk of repeat offenses.

The panel also discussed preparing female prisoners for social reintegration by supporting their education and offering occupational training based on their skills or interests. It was agreed that both play an important role in providing women prisoners with increased opportunities following their release. However, successful reintegration is only possible with social acceptance, when ex-inmates are welcomed back into society as accepted members of the community. This means they should be allowed to go about their lives without feeling alienated and continue in their desired professions or secure gainful employment.

With the limited prospects for female prisoners that currently exist, efficient cooperation between prisons, government agencies, and the public and private sectors is needed to establish a clear direction along with the determination to help provide ex-inmates with decent opportunities in a society for all, where no one is left behind.

Prof. Dr. Kittipong Kittayarak, Executive Director of the Thailand Institute of Justice (TIJ) said, “While imprisonment is a key mechanism in the criminal justice system, it has a life-long effect on offenders regardless of being male or female. I believe that the best thing our society could give them is an opportunity to be member of a family, and to be welcomed back into society to live their lives without an irremovable stigma. Therefore, the TIJ is trying to encourage the application of the Bangkok Rules at all prisons in the country with the hope of rehabilitating offenders through a variety of occupational skills development programs while improving their mental health, attitude, and behavior, so that they can build productive lives free of crime.”

The Kamlangjai (Inspire) Project: Returning good citizens back to society
In supporting the reintegration of former women prisoners, the Kamlangjai Project, under the royal initiative of HRH Princess Bajrakitiyabha, aims to complement the work of the government by selecting target groups and conducting valuable activities. The activities involve improving basic facilities to tailor them to the specific needs of incarcerated women, including pregnant prisoners and inmates with children, as well as providing assistance through occupational training to support their transition as they re-enter society after being released. 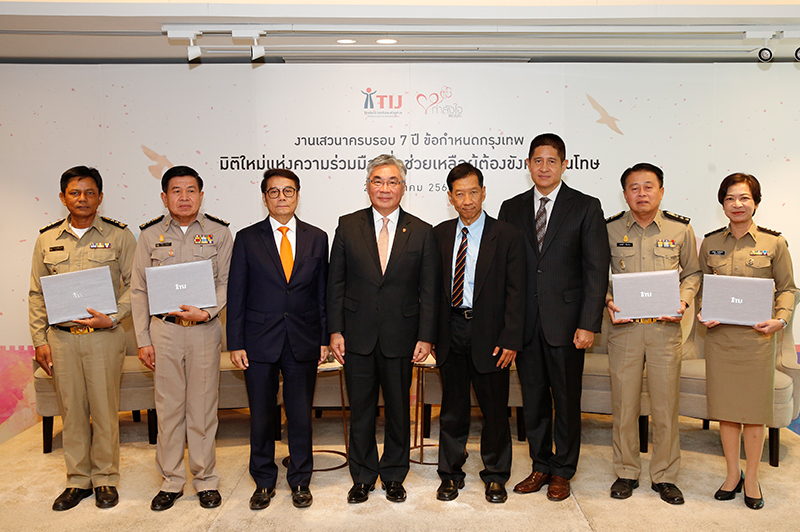 On the occasion of the seventh anniversary of the Bangkok Rules, Prof. Dr. Kittipong Kittayarak added, “The TIJ was created to support the Bangkok Rules. One of our missions is to promote practices to address the treatment of prisoners both in Thailand and ASEAN in order to achieve compliance with international standards. The Model Prison Project is an important development conducted in cooperation with the Department of Justice, with a critical goal of developing officials’ potential to implement the Bangkok Rules in women’s prisons and correctional institutions, as well as to improve the quality of life for women offenders while in prison and after they are released, for a better and sustainable society.”