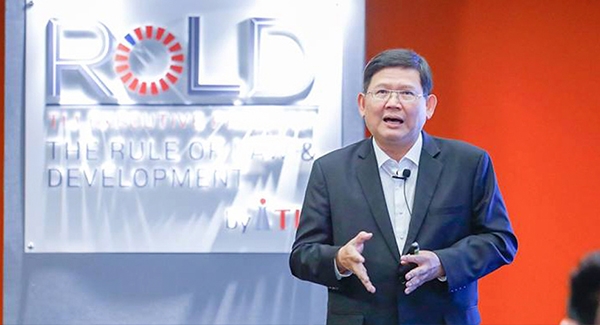 Dr. Suvit Maesincee discusses Thailand 4.0 and the rule of law

Dr. Suvit Maesincee discusses Thailand 4.0 and the rule of law, at the launch of the ThailandInstitute of Justice’s 2nd Rule of Law and Development (RoLD) program

The Thailand Institute of Justice (TIJ) launched its second Rule of Law and Development (RoLD) executive program, inviting Dr. Suvit Maesincee, Thailand’s Minister of Science and Technology, to open the discussion on the topics of Thailand 4.0 and the rule of law. The minister avers that Thailand 4.0 will only be possible in a society that values social justice and respects the rule of law.

The rule of law is the sixteenth goal under the United Nations’ 17 Sustainable Development Goals (SDGs). In brief, the rule of law is the principle that law should govern a nation. These laws should be fair, moral, adaptive to changes in the world, and only be used to uphold justice. All people should be able to obtain justice from the law and everyone, even lawmakers, law enforcement officials, and judges, are subject to the law. The rule of law is held as a fundamental principle that will ensure a peaceful country and sustainable development. 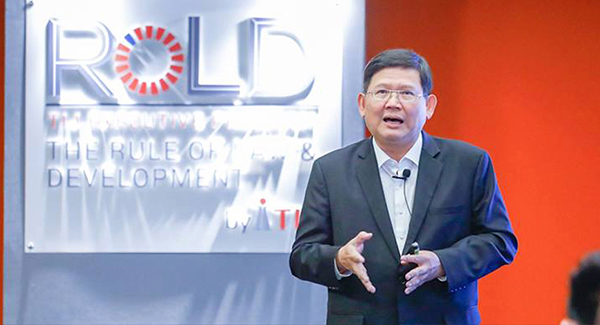 Prof. Dr. Kittipong Kittayarak, Executive Director of Thailand Institute of Justice stated, “The formation of the RoLD program was derived from the belief that the rule of law and social development requires cooperation from people from every sector of Thai society, not just lawmakers or people in the justice system. Thus, TIJ established this program as an opportunity for leaders and executives from the public and private sectors and civil society to have a platform to network, collaborate, share knowledge, and ultimately support the rule of law in their own way.”

With the belief that preparing for Thailand 4.0 requires the collaboration of every sector for economic, social, and technological development as well as the firm establishment of the rule of law, the TIJ has decided to launch the second year of its RoLD program, inviting Dr. Suvit to lecture on the topic of Revolutionizing the Rule of Law for Thailand 4.0.

Key points made by Dr. Suvit are as follows:

The world in the 21st century is one of extremes, whether in regards to nature, economy, politics, or society, of which there is glaring inequality. It is a paradoxical world in which old laws are starting to be rendered obsolete and everything is rapidly changing, particularly in the area of technology. All of these have an effect on human behavior and are challenges to Thailand 4.0, a model established in support of Thailand’s stability and sustainability. Three key aspects transformed as a result of this rapidly changing environment include people’s lifestyles and learning and working culture.

In advancing towards Thailand 4.0, every sector needs to step forward in parallel; the principles of law and social justice are no exceptions. The transformation of the social ecosystem requires the centralization of power and a horizontal working structure with ample collaborations. From the more vertical structure that emphasizes government authority, management and good governance has become more important. Normal working styles have also shifted to working according to priorities. Instead of having a narrow view of job scopes, people are start to work with an eye on their environmental context. 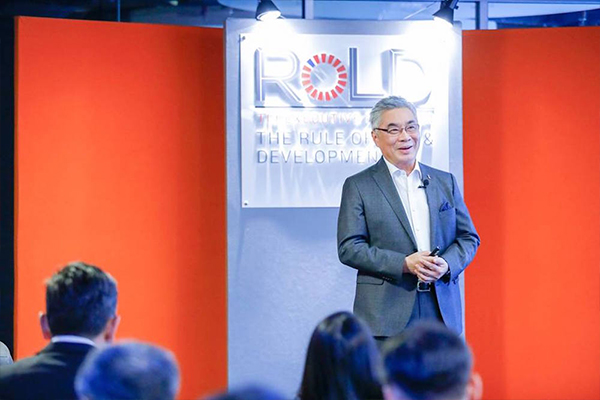 Furthermore, the economic system will need to be adjusted into one that emphasizes economic value. This adjustment has implications for the quality of resource distribution for balanced development. The balance between humans and nature, humans and humans, and humans and technology needs to be wisely maintained.

One of the most important factors in advancing to Thailand 4.0 is the development of the Thai people. Mindsets need to change; people need to be cognizant of the need for change and the importance of being an engaged citizen. People’s skills and expertise also need to be sharped in a society full of conflict, inequality, fraud, and corruption so that society will transition into one that is more free and fair and eventually, into one that cares and shares and operates by the rule of law. 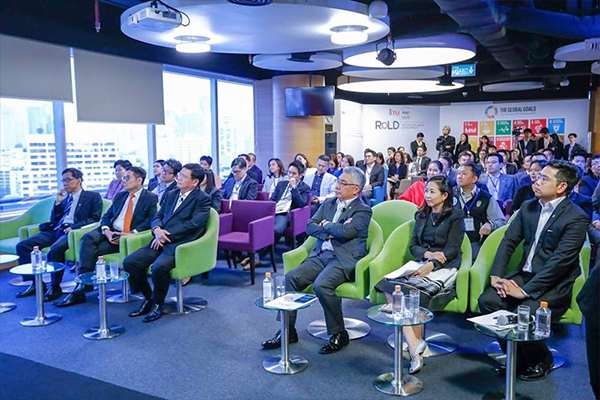 “I am convinced that the rule of law and social justice is vital to the success of Thailand 4.0. The government has an important role in establishing programs or an ecosystem that is conducive to supporting Thailand 4.0’s beginning stages. However, without the cooperation of different units in society, from the big units down to private families, the establishment of a fair and smoothly running society will not be easy,” added Dr. Suvit.