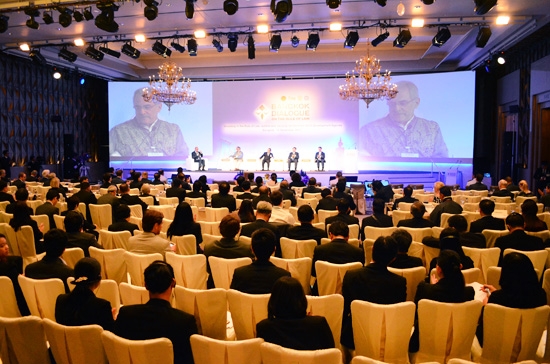 TIJ hosted “The Bangkok Dialogue on the Rule of Law

On 15 November 2013 the Thailand Institute of Justice (TIJ) hosted an international conference entitled “The Bangkok Dialogue on the Rule of Law: Investing in the Rule of Law, Justice and Security for the Post-2015 Development Agenda” at Siam Kempinski Hotel, Bangkok.  The event brought together leaders from government and other sectors, academics and civil society representatives to exchange experiences and knowledge on the importance of the rule of law as well as the crucial linkage between the rule of law and sustainable development.

The Thailand Institute of Justice (TIJ) in partnership with Ministry of Justice and Ministry of Foreign Affairs co-organized the event, resulting in an impressive list of speakers and participants. On this occasion, Her Royal Highness Princess Bajrakitiyabha Mahidol presided over the conference and delivered the keynote speech. 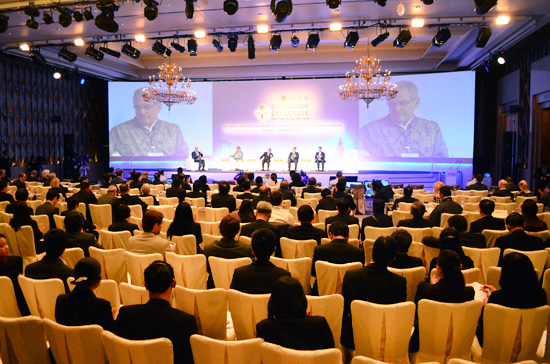 The Rule of Law is at the heart of the United Nations’ agenda in its role as the guardian of international legal frameworks. “Investing in the rule of law, crime prevention and criminal justice is not only essential, but indispensable, to the path of sustainable development,” said Her Royal Highness Princess Bajrakitiyabha Mahidol. It is, therefore, the time for all Member States to advance an integrated development agenda into a reality.

“Together, we can build a strong culture of lawfulness so that our future generations can benefit from our endeavor,” HRH Princess Bajrakitiyabha further said.