On Wednesday 20th May 2020, the Thailand Institute of Justice (TIJ) and the United Nations Office on Drugs and Crime (UNODC) officially launched the 'Toolkit on Gender-Responsive Non-Custodial Measures' in a webinar attended by more than 200 people comprising Member States, government bodies, UN entities, international and civil society organizations and individual experts from around the world. This webinar was the first session of the Global Webinar Series on Gender Responsive Criminal Justice and Prison Reform, jointly organized by TIJ and UNODC.

Ms. Chontit Chuenurah, Director, Office for the Bangkok Rules and Treatment of Offenders, TIJ, as Moderator for the session, opened the webinar by highlighting the importance of the Toolkit which aims to address the increasing number of women prisoners around the world, and guide policymakers and practitioners on the use of non-custodial measures for women offenders, taking into account their specific backgrounds and needs.

Dr. Kittipong Kittayarak, Executive Director of TIJ then delivered opening remarks, reminding us that while great strides have been made to improve correctional practices around the world for women in prison, little has been done to promote the use of alternatives to imprisonment that are gender-sensitive.

“Since 2000, there has been a 30% increase in the number of pre-trial and remand prisoners and 53% increase in the number of women and girls in prison globally. As of 2017, almost three million people are held in pre-trial detention and remand prisons. Research also shows that in many countries, the proportion of women held in pre-trial detention is equivalent to, or larger than that of convicted women prisoners. And in some countries the rate is growing faster than that of male pre-trial detainees” stressed Dr. Kittayarak, adding that we need to develop short- and long-term solutions to the overincarceration of women and bring about a radical shift in criminal justice sentencing, re-thinking the very purpose of imprisonment.

Ms. Miwa Kato, Director for Operations, UNODC, then took us back to the historic adoption of the United Nations Rules for the Treatment of Women Prisoners and Non-custodial Measures for Women Offenders (the Bangkok Rules) ten years ago, recalling its purpose to bring the gender dimension into the criminal justice system and shift focus to non-custodial measures for women. She reiterated the need to fundamentally transform criminal justice response in a way that captures the spirit of the society we want to see.

“Recognizing that many female offenders have not committed violent offences, and a large majority do not pose a risk to society, their imprisonment hampers their rehabilitation and social reintegration prospects, further entrenching the gender discrimination and vulnerability of women”, she said. Connecting this to the ongoing Covid-19 pandemic, Ms. Kato emphasized that promoting non-custodial measures is more relevant now than ever before, especially for certain categories like pregnant women with dependent children. However, she mentioned that states must be extra careful about who is released, taking into account increasing reports of gender-based violence in the midst of this pandemic.

Ms. Sabrina Mahtani, human rights lawyer and author of the Toolkit, then took the floor to explain the Toolkit in greater detail, which is divided into three parts, namely:

“Research has shown that there is a higher risk of women committing suicide in prison than men. Non-custodial measures can reduce the social and economic cost of imprisonment, the prison population and rates of recidivism. The community is better served by community-based interventions that address the underlying cause of women coming into contact with the law” she stated, voicing that pre-trial detention should be used as a means of last resort. Giving an example of Western Australia, Ms. Mahtani mentioned that until recently, one in three women in prison was arrested for non-payment of fines as a result of poverty and marginalization, most often affecting indigenous and ethnic minority women.

Talking about special categories of women prisoners, she also echoed the need to reform legislation and sentencing guidelines to consider histories of abuse, ensure foreign nationals are not discriminated against and those arrested for drug dependency are offered the right interventions instead of a prison sentence.

Ms. Mahtani then underlined examples, promising practices, self-assessment and training exercises in the Toolkit that can be used by policymakers and criminal justice stakeholders while advocating for gender-responsive reforms.

This was followed by a Q&A session with the audience that touched upon the need for more initiatives on gender-responsive non-custodial sentencing in several jurisdictions, the role of civil society and community in supporting the effective use of alternatives to imprisonment, the importance of including a wide range of women’s specific needs in the discussion, and the power of focusing on human stories when engaging with the public to advocate for sentencing reform and reduce the stigma associated with being an offender.

Join us on Thursday, 4th June for a more in-depth discussion on ‘Promoting Alternatives to Imprisonment for Women in Conflict with the Law’. Stay tuned for more details! 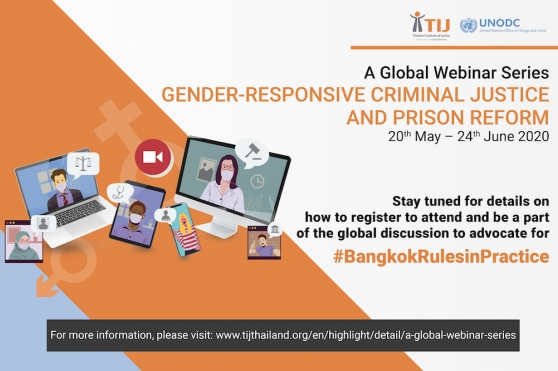 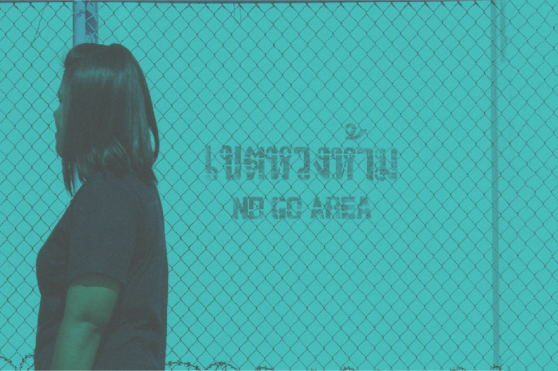 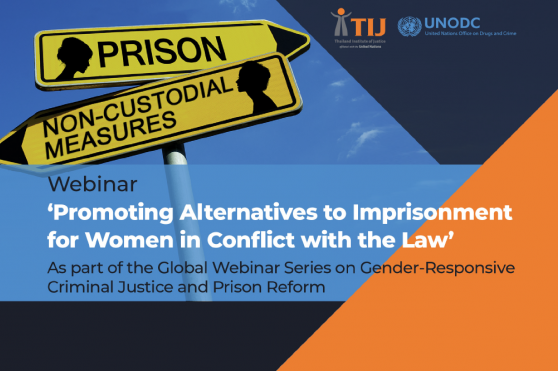 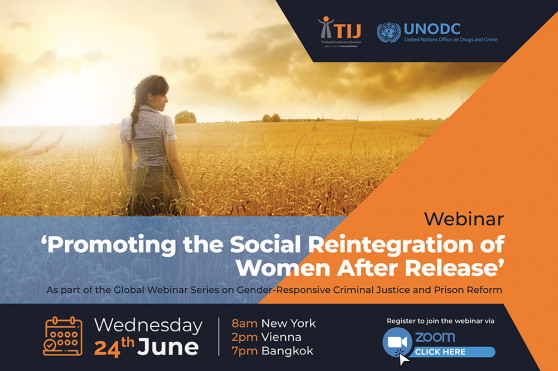