Around the end of October 2004, “rock throwing at passing vans” incidents committed by groups of teenagers had turned into tragedies with casualties. 18 years had passed, and it was long enough for the memory of the event to be faded for many. However, this incident had made headlines once again in the middle of 2018 when the wife of the deceased victim embraced the offender, who was only a young boy at the time of the incident, and said “I forgive you.”.

Before the story ended with an “Apology” and “Forgiveness”, there is an interesting story behind the scenes that led to this conclusion. This process is called “Restorative Justice”.

“That young boy was arrested and prosecuted. He was sent to juvenile detention center to serve his time for his offense pursuant to the law. For many years, he was relocated to other centers according to the punishment process of the juvenile detention center. Towards the end of his sentence, he was transferred to Baan Kanchanapisek Vocational Juvenile Training Centre and that was a major turning point of his life. He had the opportunity to repent and repay for the feeling of guilt that was deep-rooted in his heart by confronting the wife of the deceased victim and he got to say “Sorry”. The vital person behind this undertaking was Aunty Mol or Mrs. Thicha Na Nakorn, the Director of Baan Kanchanapisek Vocational Juvenile Training Centre.” 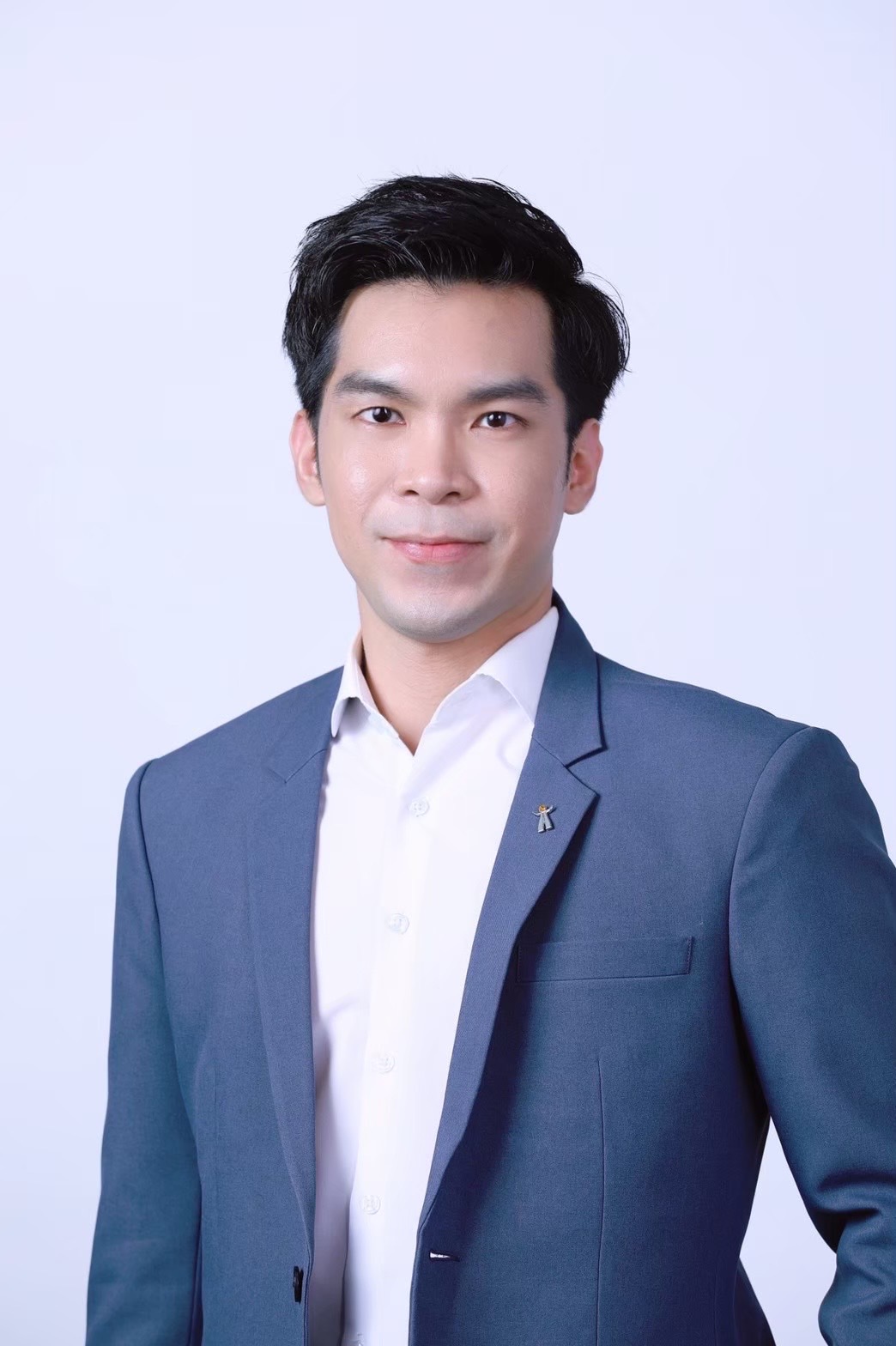 at Thailand Institute of Justice (TIJ), had shared how “Aunty Mol” or Mrs. Thicha Na Nakorn and the team at “Baan Kanchanapisek” operated. He viewed that the process is the major and indicative milestone on how restorative justice based on the Victim-Centered Approach can resolve conflict aside from the application of traditional prosecution and sentencing.

“The day when this young boy arrived at Baan Kanchanapisek, the first thing he encountered was not any kind of shackles to indicate that he is under confinement, but he got to join the existing members in a Thai barbeque meal. I think this is a way to express empathy to the young offenders, to make them feel relaxed. It is the starting point for them to open up and contemplate on what they had done. When time went on, he had repented and wanted to sincerely apologize to the wife of the deceased. Throwing a Thai barbeque party is something that Aunty Mol does every time when there is a new joiner at Baan Kanchanapisek.”, Mr. Ukrit shared the process applied in Baan Kanchanapisek.

Mr. Ukrit also provided that while the team at Baan Kanchanapisek was using empathy to unlock the feelings of the youth offender, another team of staff was sent to discuss with the wife of the deceased to inquire about her needs, i.e., how she would like to be remedied for her loss. This process took months before the victim consented to such discussion.

“The major turning point was the diary of the youth offender. Apart from having a Thai barbeque on the first day, Baan Kanchanapisek also organized an event where the youths can watch thought-provoking movies. They can exchange their views to better understand themselves and others. Then, they will write in their diaries and the content of the diary of the offender in this case had continuously shown remorse and the need to apologize. The diary was shown to the victim which led to the meeting of the two. Even though the first encounter did not go well but the few times after that, the offender had been granted the opportunity to apologize. Also, the victim had stated her forgiveness to the offender. When the offender was released, he voluntarily helped out the chili paste business of the victim.”

From this incident, Mr. Ukrit had concluded 2 factors relating to the application of “Restorative Justice”, as follows:

In terms of the internal factors, Mr. Ukrit viewed that, this was the first time that the offender had committed an offense and it had caused unimaginable damage to the life of another person and those surrounding the deceased. Hence, this was the motivation of repentance, he was overwhelmed by the need to apologize. This aligns with research from another country which found that restorative justice will be even more efficient in cases of serious crimes.

Mr. Ukrit admitted that this issue is still difficult to occur in Thailand due to the high penalty prescribed by the law for offenders of serious crimes. Hence, restorative justice has been applied with petty offenses or non-public offenses only. The case in Baan Kanchanapisek can be legitimately achieved because the offender had already completed his sentence. Otherwise, it would be difficult for the staff to undertake this process as they are already over-burdened with taking care of the detained persons.

“Restorative justice is intended to restore the victims by directly respecting the rights of both the victims and the offenders. It will be the platform where both disputing parties can meet to directly and inclusively express their demands. This is different from the traditional justice process where both parties are separated. Hence, how can we proceed to achieve the 3 outcomes being: remediation of the victim, repentance of the offenders and prevention of recidivism.”

At present, restorative justice is a form of justice process that has been applied in many countries globally and reaching its 20th anniversary this year. With this important milestone, TIJ is going to drive forward and develop this process to be more efficient using the “rethink, restore and rehabilitate” concept. Innovations will be applied with the process, i.e., analysis of forms of restorative justice through machine learning to identify what works well and what does not and why. The data collected will be used to design training programmes for relevant officers for their future application. Community outreach programmes will be conducted for areas with high potential for implementation of restorative justice for community conflict solving. The implementation will be undertaken in close collaboration with the police officers, public prosecutors, and local governments.

Moreover, TIJ had commenced the RJ in School (Restorative Justice in School) project by collaborating with pilot schools. Experimental activities were organized so that students and teachers can understand how the process works. If a conflict arises in school, it can be handled without going through the disciplinary process, no suspension or expulsion will be necessary. The students can handle conflict by providing remedy, repentance and continue with their education.

From the infamous case in the past to admission, forgiveness and remediation between the parties, this story has been told and inspired the production of a short documentary called “The Missing Rock”. The documentary was broadcasted for the distribution of “Restorative Justice” to the public so that the public can become aware of the benefit of this form of alternative justice. 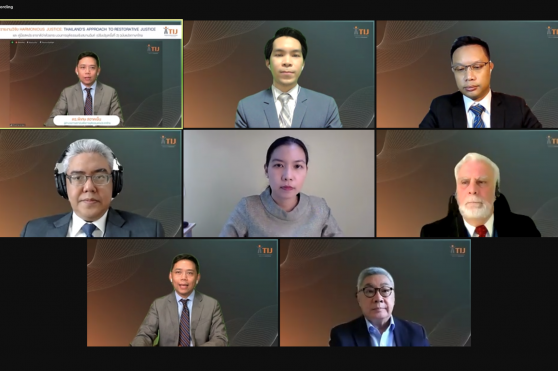 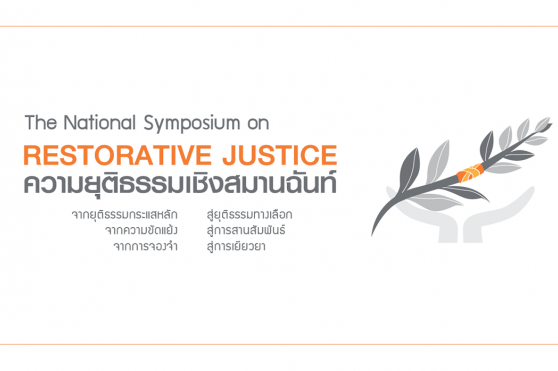 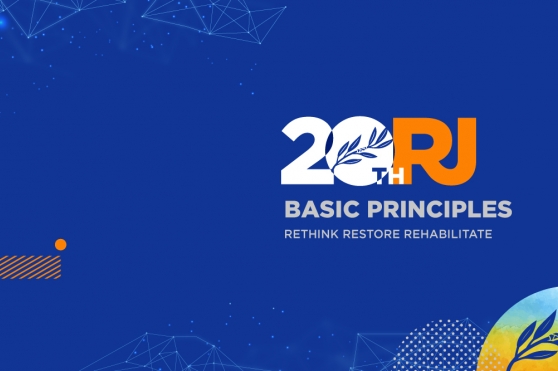 Future and Development: 2-Decade Anniversary of the Adoption of United Nations Resolutions on Restorative Justice