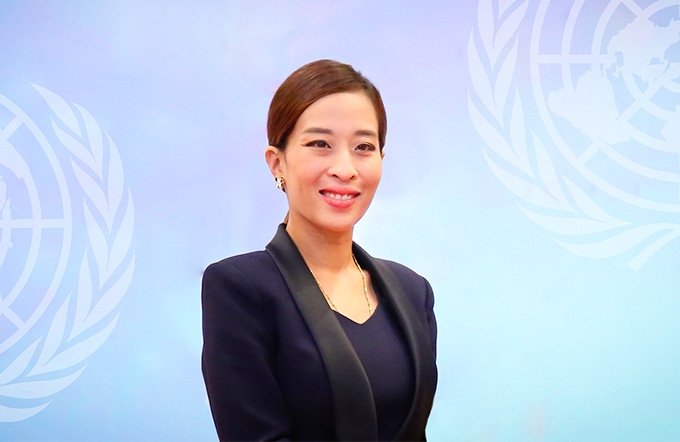 In 2011 Her Royal Highness served as the alternate representative of Thailand accredited to the United Nations Office on Drugs and Crime in Vienna. From 2012 to 2014, Her Royal Highness served as the Ambassador of Thailand to the Republic of Austria. During this period, she also served as Thailand’s Permanent Representative to the United Nations Office at Vienna as well as other UN bodies. In that capacity, Her Royal Highness took an active part in international negotiations and cooperation on various issues, ranging from the improvement of criminal justice responses to violence against children, combating drug trafficking, in particular through development oriented drug policy, to other broader issues such as the peaceful use of atomic energy or industrial development.

Upon the conclusion of her service as Ambassador at the end of 2014, Her Royal Highness returned to prosecutorial service and, from 2015 to 2017, served at the Office of Narcotic Litigation in Thailand focusing on the prosecution of criminal cases involving major drug trafficking networks.

Her Royal Highness has a keen personal interest in promoting women’s rights, especially in the criminal justice system. In 2006, Her Royal Highness initiated the Kamlangjai Project (Inspire), which is designed to improve the quality of life of women prisoners in Thailand. In 2008, Her Royal Highness launched another project called Enhancing Lives of Female Inmates to promote Thailand’s proposal for international rules on women prisoners. This contributed directly to the adoption by the General Assembly of the United Nations Rules for the Treatment of Women Prisoners and Non-custodial Measures for Women Offenders (the Bangkok Rules) in 2010, and of the Model Strategies and Practical Measures on the elimination of violence against children in the field of crime prevention and criminal justice in 2014. Also, since 2008, Her Royal Highness has served as UNIFEM Goodwill Ambassador for Thailand to raise awareness on violence against women, and since 2017 as the United Nations Office on Drugs and Crime Regional Goodwill Ambassador on the Rule of Law for Southeast Asia.

In 2011, when the Royal Thai Government established the Thailand Institute of Justice (TIJ), Her Royal Highness graciously accepted the invitation of the TIJ to serve as the Chairperson of the Special Advisory Board.
Her Royal Highness’s primary academic interest is in the field of criminal law. Her Ph.D. dissertation is a comparative study of the protection of the rights of the accused. Her Royal Highness received the degree of Doctor of Juridical Science (J.S.D.) from Cornell University in 2005, following on a Master of Laws degree from the Cornell Law School (2002). Previously, Her Royal Highness earned her Bachelor of Laws degree from Thammasat University, Bangkok (2000) and a Bachelor of Arts degree in International Relations from Sukhothai Thammathirat University (2000). 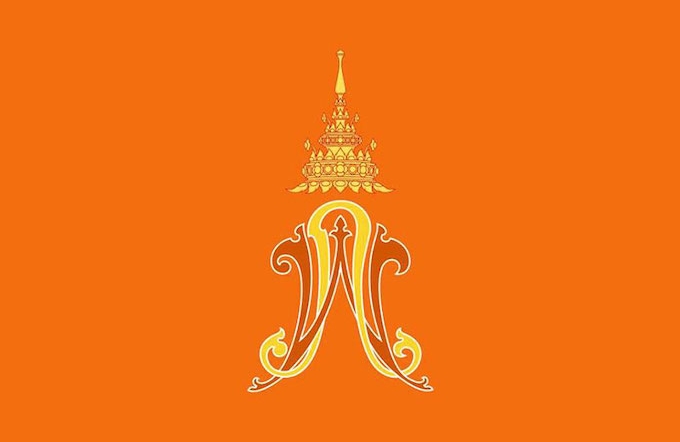 The "Kamlangjai Project," under the initiative of HRH Princess Bajrakitiyabha, is a project that was inspired from HRH Princess's visit to the Central Women’s Correctional Institute, Bangkok, in 2001. She acknowledged that female inmates and infants born in prison faced a lack of opportunities for a better life after release. Thus, the project aims to support the work of the government in helping develop life-skills and vocational training for women inmates, juvenile delinquents and other underprivileged groups in the criminal justice system so that they can peacefully reintegrate into society and prevent recidivism.

The Kamlangjai project was initiated on 31 October 2006 at the Central Women’s Correctional Institute and has spread to other correctional institutes around the country.

Enhancing Lives of Female Inmates (ELFI), an international project under the guidance of Her Royal Highness Princess Bajarakitiyabha was a critical project behind the adoption of the United Nations Rules for the Treatment of Women Prisoners and Non-custodial Measures for Women Offenders in December 2010, frequently referred to as the "Bangkok Rules." It aims to improve the standards and rules for female inmates and support the Standard Minimum Rules for the Treatment of Prisoners, which was adopted in 1955. ELFI emphasized the discrimination in addressing the needs of female inmates and their children, which are different from those of male inmates.

The 65th United Nations General Assembly (UNGA) adopted the United Nations Rules for the Treatment of Women Prisoners and Non-custodial Measures for Women Offenders (Bangkok Rules) on 21 December 2010, and the project has been implemented within correctional institutes and prisons in Thailand and abroad. The programme comprises of the training of female correctional officers and the Bangkok Rules Model Prison project.