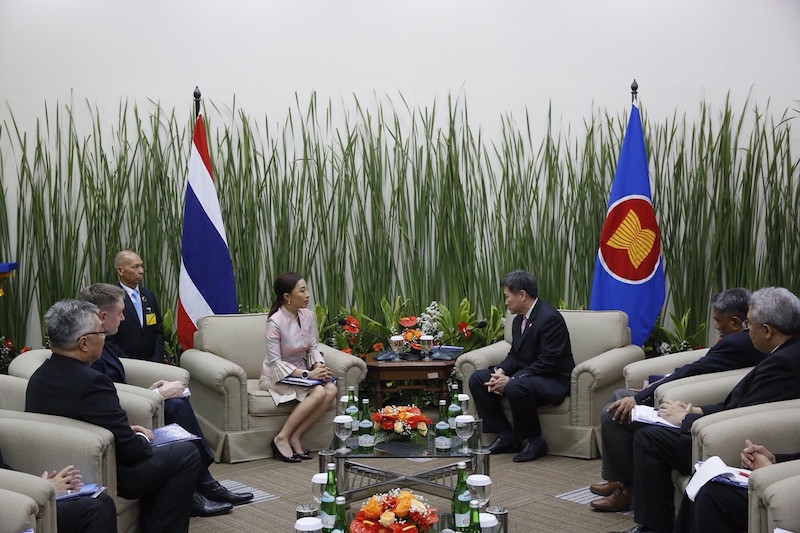 United Nations Office on Drugs and Crime Goodwill Ambassador on the Rule of Law for Southeast Asia, Her Royal Highness Princess Bajrakitiyabha Mahidol, UNODC Regional Representative Jeremy Douglas, and delegations from UNODC and Thailand, met with the new Secretary General of the Association of Southeast Asian Nations, Dato Lim Jock Hoi, today to discuss UNODC – ASEAN cooperation. Following the meeting, the group toured a women’s prison near Jakarta where a process of reform is starting. 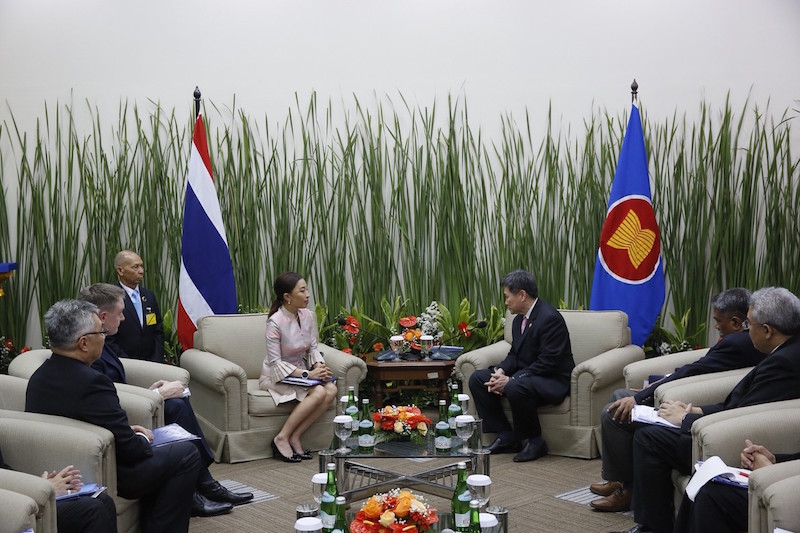 The trip is taking place during a period of growing momentum around the Sustainable Development Goal most relevant to UNODC’s mandates, Goal 16 which provides a framework for countries to strengthen justice and public security institutions. UNODC and ASEAN are currently exploring how best to advance and support SDG 16 together in the region.

During the meeting with the Secretary General Lim, Princess Bajrakitiyabha emphasized the need to look for opportunities to improve access to justice and promote the rule of law in Southeast Asia; “Effective criminal justice and law enforcement looks after the interests of individuals and communities.” She added, “Countries in the region can share relevant examples and experience with each other, and UNODC can help with programmes that improve the delivery of fair and equitable justice.”

ASEAN plays a crucial role in bringing countries in the region together to discuss complex and shared challenges related to drugs, transnational crime and terrorism, and in helping countries to negotiate and agree on solutions. Mr. Douglas remarked, “UNODC appreciates the efforts made by the ASEAN Secretariat and countries of the region to assess and address some very challenging problems in the Senior Officials' Meeting on Transnational Crime and the Senior Officials' Meeting on Drug Matters. We are committed to helping them. At the same time, we must acknowledge that not everything is working as it could, and we need to look at different - and sometimes difficult - solutions.” He emphasized that the region should consider the Sustainable Development Goals as a framework that can help to set priorities and bring about positive change, “The SDGs help focus efforts, but it is up to countries to implement solutions right for their context. We will continue to support a discussion in the region to move SDG 16 forward.”

Dr. Kittipong Kittayarak, Executive Director of the Thailand Institute of Justice suggested stakeholders to convey the discussion through ASEAN conference on Crime Prevention and Criminal Justice which is aimed to exchange experience and good practice on criminal justice system among member states, Dato Lim Jock Hoi, Secretary General of ASEAN agreed to reorganize the regional panel discussion to make the ACCPCJ more result-oriented. 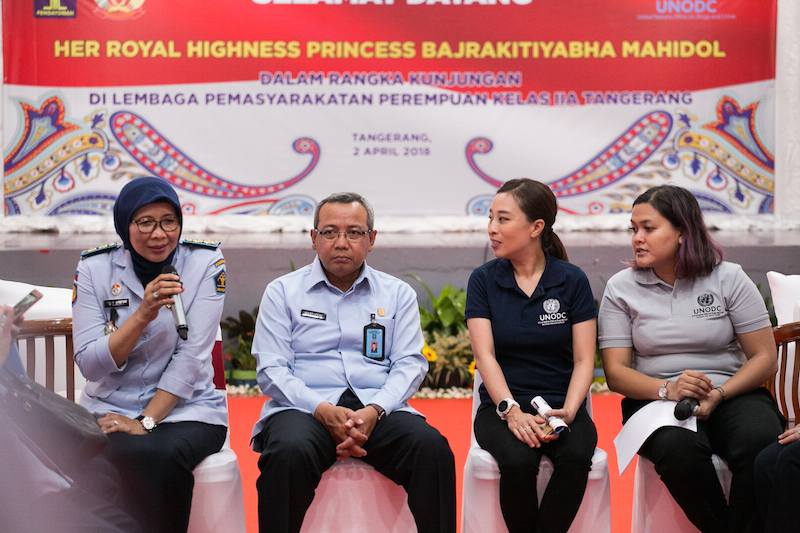 Her Royal Highness Princess Bajrakitiyabha Mahidol and high level executives then proceeded to the Tangerang Women’s Prison. The visit to the women’s prison was an opportunity to see first-hand how prisons are managed in Indonesia, and to consider how to move the Bangkok Rules for the Treatment of Women Prisoners forward across the country and in the region. Tangerang Women’s Prison on the outskirts of Jakarta has the capacity to accommodate 250 prisoners but currently houses 403 inmates, with 86% of those in the prison for drug-related offences. The facility is currently 61% over capacity, which is typical of prisons in Indonesia, and similar to other countries in the region which also have an overcrowding problem due to long sentences for drug related crimes. But while it is overcrowded, Tangerang is noted as one of the prisons in the country aspiring to meet international prison facility standards.

Having worked closely with UNODC during the development of the Bangkok Rules, Princess Bajrakitiyabha offered her insights during a roundtable with prison officials, “It isn’t enough that prison conditions comply with basic international standards.  Social reintegration programmes focused on skill development, employability and post-release support in the community are needed. The Bangkok Rules help ensure the fundamental dignity of female prisoners, treating them with compassion and understanding during their time in prison, while contributing to safer communities by preparing them for life after release."

Mr Douglas added, “we are increasing our advocacy for the Bangkok Rules in Southeast Asia with Her Highness, and we are supporting countries to improve conditions in prisons through our regional programme.  As we discussed with the ASEAN Secretary General this morning, our role is to assist the ASEAN region to deal with rule of law challenges, particularly those which are complex and transnational. When it comes to prisons we are helping deliver programmes that directly benefit inmates, but we are also working on reforming policies that will alleviate pressure on prisons, such as those affecting sentencing for drug crimes.”