Ancillary meeting summary: A Decade of the Bangkok Rules: Advancements, Challenges and Opportunities

Ancillary meeting summary: A Decade of the Bangkok Rules: Advancements, Challenges and Opportunities

21st December 2010 marked a milestone for the global criminal justice system, when the UN General Assembly adopted the United Nations Rules for the Treatment of Women Prisoners and Non-custodial Measures for Women Offenders also known as the Bangkok Rules. These Rules were the first international guidelines recognising the distinct gendered needs of women prisoners, in prison systems that are primarily designed for a majority male population.

On Tuesday, 9th March 2021, the Thailand Institute of Justice (TIJ) in collaboration with Penal Reform International (PRI) and the United Nations Office on Drugs and Crime (UNODC) held a virtual ancillary meeting at the 14th UN Crime Congress, commemorating ‘A Decade of the Bangkok Rules: Advancements, Challenges and Opportunities’. This meeting brought together experts from around the world to discuss the progress and challenges of implementing the Bangkok Rules over the past 10 years, and discuss its future.

The session was moderated by the Executive Director of TIJ, Dr. Phiset Sa-ardyen.

Prof. Dr. Kittipong Kittayarak, former Executive Director of TIJ opened the session by reminding us of the past 10 years, highlighting that prison reform is not just related to justice reform, but wider societal reform. He stressed the importance of collaboration, by breaking the barrier between the ‘inside’ and ‘outside’ world, to create a more rehabilitative environment for women in prison.

In prison, Doreen further highlighted problems in accessing basic hygiene and healthcare items, nutritionally deficient food, gender insensitive searches, discipline and programmes, and inadequate facilities for children and mothers. With women’s prisons being fewer in number, she also mentioned that women often share spaces with men or end up being imprisoned far away from home.

She concluded by mentioning some positive steps being taken in the African region, such as the adoption of the General Recommendation on Article 30 of the African Charter on the Rights and Welfare of the Child, which requires special care to pregnant women and mothers, and the use of non-custodial sentences for primary caregivers, pregnant women and mothers with young children. In addition, some countries have introduced new laws against domestic violence as well as plans for gender mainstreaming, greater research and capacity building.

Next, Mr. Rob Allen, Independent Researcher and UNODC Consultant focused on the implementation of the Bangkok Rules in the European region. Currently, he said that women represent 5% of the prison population, and in 27 countries, female probation clients make up 10.7% of the total probation population in Europe.

He also spoke about the European Prison Rules (EPRs), which were recently revised to contain gender-sensitive policy recommendations, including the need to consider the physical, vocational, social and psychological needs of women, and to protect them from abuse, in line with the Bangkok Rules. He mentioned that while the Council of Europe (CoE) has a strong policy on gender mainstreaming, the EPRs have been critiqued for not being comprehensive enough. According to Rob, while women prisoners in some countries like Greece, Denmark, and Moldova face problems such as intimidation, verbal abuse, and gender blind medical screenings and rehabilitation programmes, other countries like Norway, Lithuania and Bulgaria have set promising examples by providing alternative housing outside prison or better nursery facilities for women with children.

He also mentioned that Scotland is building a new national facility, as well as a number of community custody units to house women and cater to their gender specific and trauma informed needs, and England and Wales are seeing fewer women being sentenced to prison, leading to better conditions for those in custody. He concluded by stressing that for the next 10 years, all countries must focus on non-custodial measures, to try and reduce the number of women in prison.

Coletta spoke about the dire conditions of women’s prisons in Latin America with inaccessibility of food, water, and healthcare, further exacerbated by COVID-19.

She highlighted the alarming rates at which women are being imprisoned in Latin America, with examples of El Salvador, Paraguay, Ecuador and Brazil, where there has been a 670 per cent, 300 per cent, 283 per cent and 268 per cent increase in female prisoners since the early 2000s respectively. According to Coletta, excessive use of pre-trial detention and harsh drug laws are putting more women behind bars, with 40-80 per cent of women prisoners convicted of drug related offences, as compared to 20-30 per cent for their male counterparts. She further shed light on the lack of implementation of the Bangkok Rules and minimal consideration for diversionary measures and mitigating circumstances, sometimes only considered for pregnant women or mothers with young children.

Ms. Natacha Lopvet, a formerly incarcerated woman spoke about her 10-year experience in prison, imprisoned for a drug offence. She mentioned her traumatic experience in prison, where the Bangkok Rules were completely ignored, and the women were not given the tools to successfully return to society. Upon release, she founded La Boussole, an organisation that works towards creating a world free of violence, where women learn the skills to choose a path away from violence, drugs and prison.

As a French national in a Mexican prison, her status as a foreigner left her additionally vulnerable. She mentioned the lack of access to legal aid, failure to provide gender appropriate and trauma informed psychological treatment, and the lack of contact with the outside world, which disproportionately affects women. Natacha further questioned the need to celebrate 10 years of the Bangkok Rules, since the conditions of incarcerated women remains dismal. She concluded with the hope that governments in Latin America will do more to revise national policies and practices, to make it align better with the Bangkok Rules.

The session was concluded by Prof. Barbara Owen, Professor Emerita, California State University, Fresno, Department of Criminology, USA & TIJ Advisor, who spoke about the future of the Bangkok Rules.

According to her, expanding the promise of the Bangkok Rules will require us to confront existing gender inequalities in the prison system, protect all women from discrimination and disadvantage, emphasize the safety and dignity of all women, and investment in the development of robust non-custodial measures. She stressed the importance of addressing the needs of minority groups in women’s prison, including those who belong to a different age, language, culture, race, nation, ethnicity, sexual orientation, or gender identity. Barbara highlighted the need to create safe spaces during incarceration, so that women get a chance to escape the continuum of violence, through the use of trauma responsive policies and practices.

Lastly, she shed light on our over-reliance and over-investment in imprisonment, instead of using prisons as a measure of last resort. Her vision for the future of the Bangkok Rules involves investment in non-custodial measures through collaboration, combining external services like education and training with internal support through treatment and therapy, as a way to produce the strongest positive outcomes for women offenders.

About the Bangkok Rules 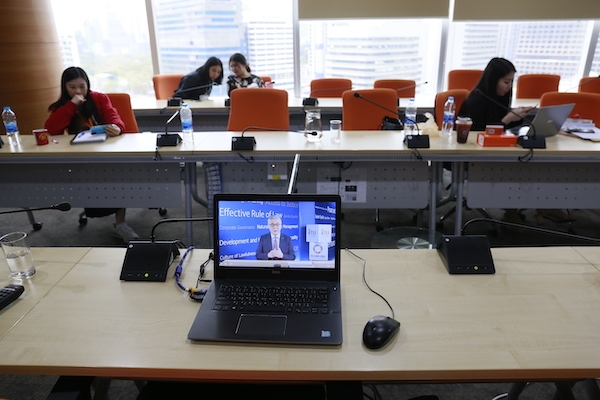 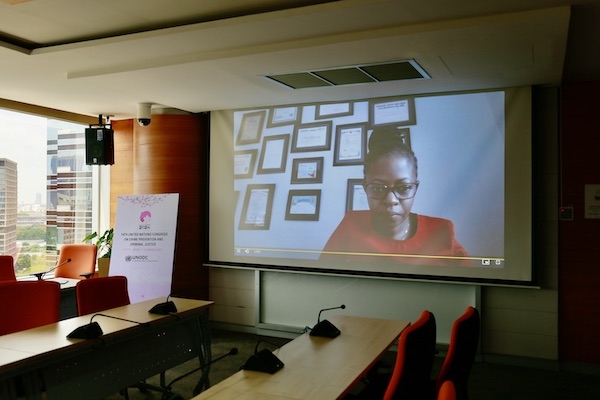 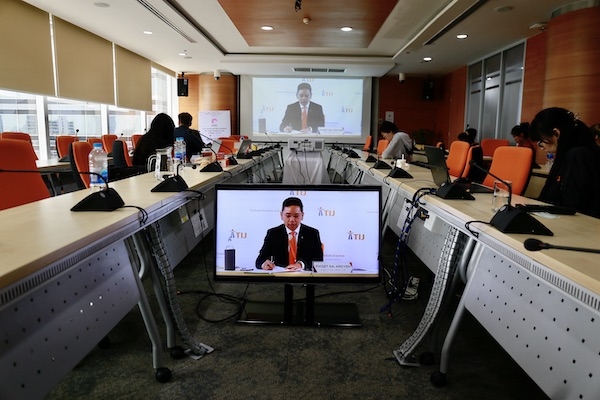 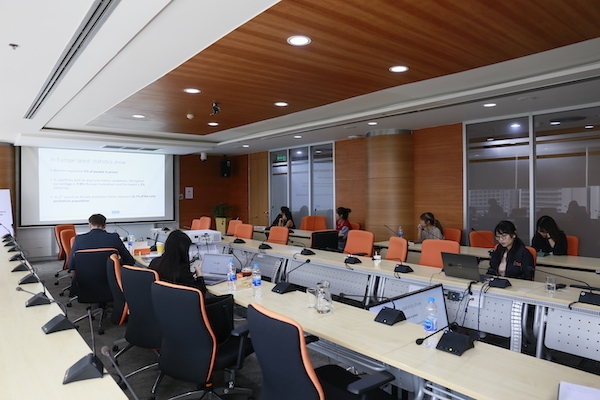 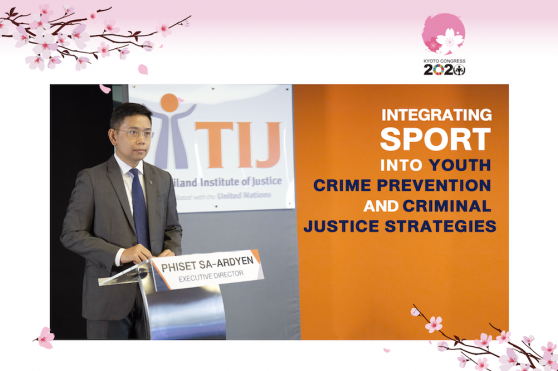 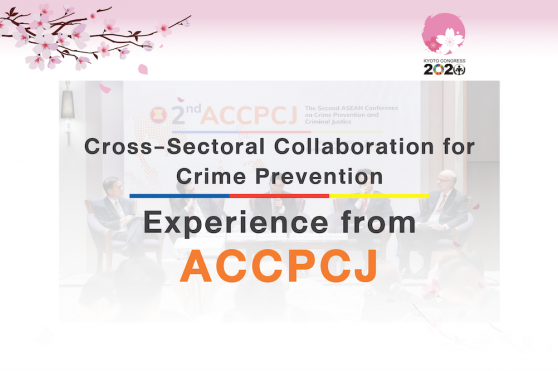 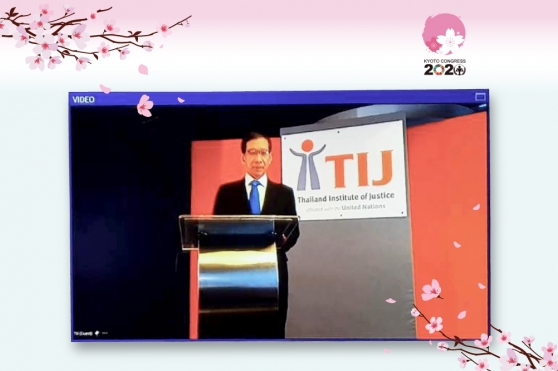