TIJ, with cooperation from UN Women, hosts the TIJ-UN Women Collaboration Ceremony and the Official Launch of TIJ Research. The event launches two TIJ research publications, entitled “Women as Justice Makers” and “Towards Gender-responsive Criminal Justice: Good Practices from Southeast Asia in Responding to Violence against Women” – in accordance with the “Model Strategies”.

According to the 2013 WHO’s report, an estimated over 2.5 billion women worldwide have experienced violence, while 28 percent of women in Southeast Asia experienced violence at the hands of an intimate partner. Violence against women is one of the most underreported crimes in this region and other parts of the world due to the shame, stigma or fear of further violence against women. But when women actually report the crime, they are often faced with indifferent or insensitivity or given offensive treatment from the officers, prosecutors or judges. In many cases, the violence is minimized or the victim is blamed for the incident. Many women describe the experience as not far from a second assault.

Prof. Dr. Kittipong explained the importance of working together across sectors for an integrated criminal justice response to violence against women. He said the synergy would require, “close cooperation among all key stakeholders, including law enforcement officials, prosecutors, judges, victim advocates, health professionals and forensic scientists, as well as cooperation with United Nations bodies and institutes and other relevant organizations.”

The publication “Women as Justice Makers” focuses on the need for more women in the justice system change the culture and to contribute to the gender responsive criminal justice. Whether intentionally or unintentionally, the male-dominated rules of exclusion and biases in the justice system exacerbates violence against women. There needs to be gender equality for women in justice sectors. This includes lawyers, polices, prosecutors, and judges.

Furthermore, the publication “Towards Gender-responsive Criminal Justice” provides good practices from across Southeast Asia, asserting the need for a comprehensive legal and policy framework based on human rights, “Model Strategies”, and centered around good practices. This includes a wide spectrum, from crime prevention to early detection, to trial, conviction and corrections.

Anna-Karin Jatfors, Regional Director, ad interim, UN Women Regional Office of Asia and the Pacific, said, “Many women and girls remain vulnerable to human trafficking, exploitation and abuse and lack knowledge of the tools available to them, and their legal rights to pursue justice.”

With these two publications and the ongoing series of seminars and workshops by TIJ and UN Women, the goals are to strengthen legislation, capacity building and knowledge sharing for law enforcement professionals and justice makers to eliminate all forms of violence against women – to increase access to justice, and bring further attention to the necessity of gender-responsive justice system.

According to Miss Jatfors, “Women must feel that they are respected and protected in the justice system so that they can report incidents of violent or sexual abuse and the perpetrators of violence against women will face legal consequences for their action.”

Prof. Dr. Kittipong stressed the importance of working together in partnership with stakeholders at all levels in order to, “end violence against women, promote gender equality, and foster a peaceful, just, and inclusive society, in order to achieve sustainable development which is the shared aspiration of us all.”

TIJ has been active in the field of elimination of violence against women in the field of crime prevention and criminal justice and the implementation of the Bangkok Rules and non-custodial measures for female offenders specifically by completing research, producing literatures, conducting capacity building activities for criminal justice officials, women’s rights advocates, and correctional officials to ensure gender-responsive criminal justice, as well as promote women’s access to justice through awareness raising activities. 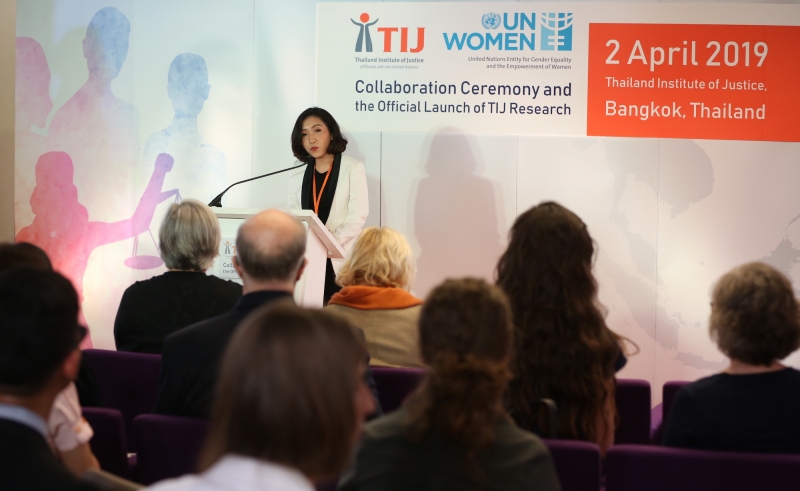 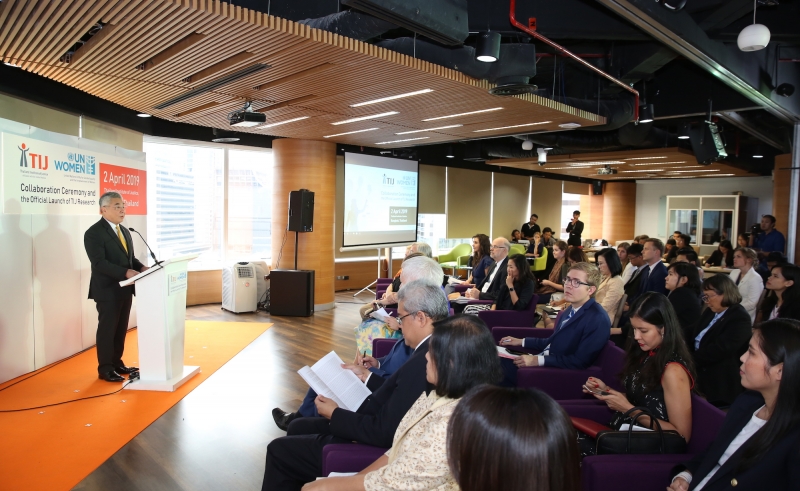 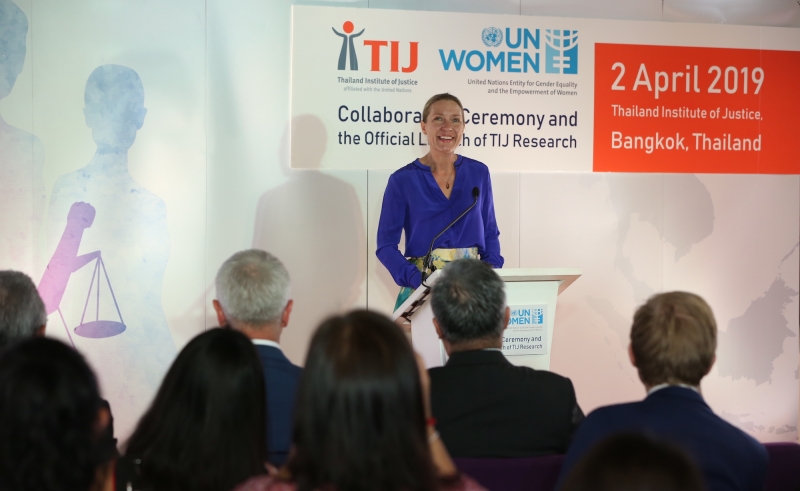 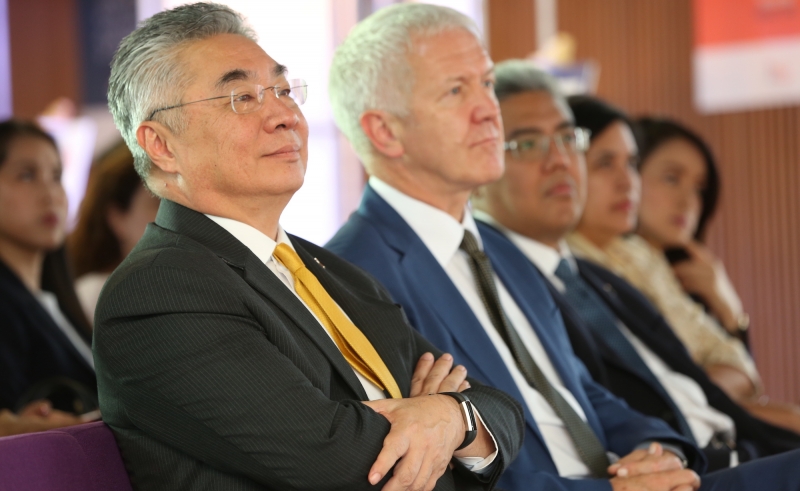 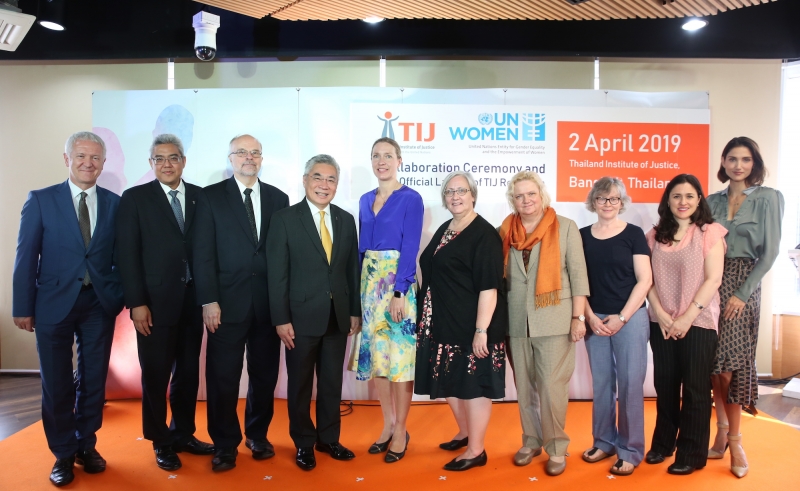 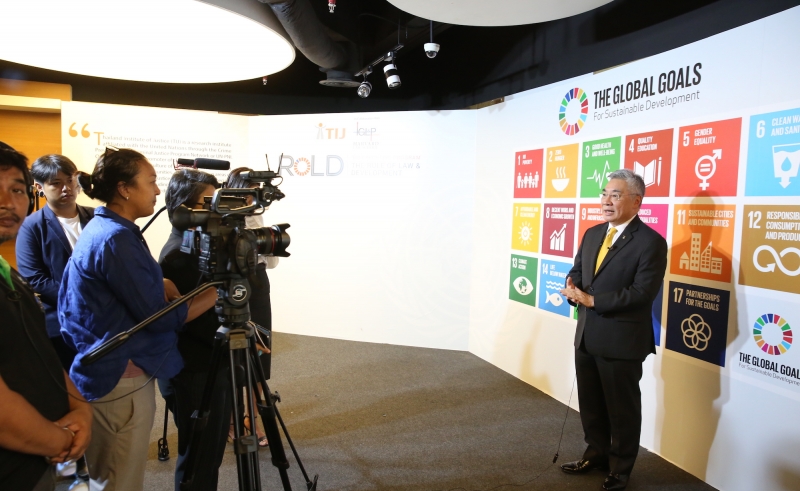 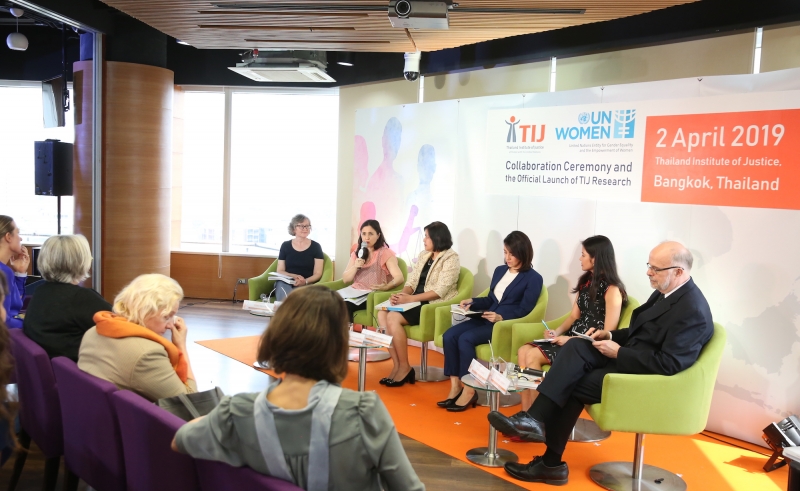 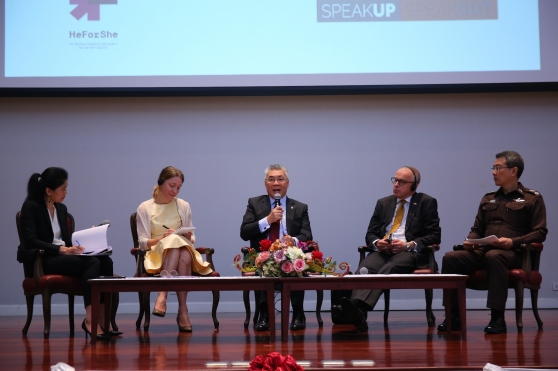 Power of New Generation for the Gender Equality